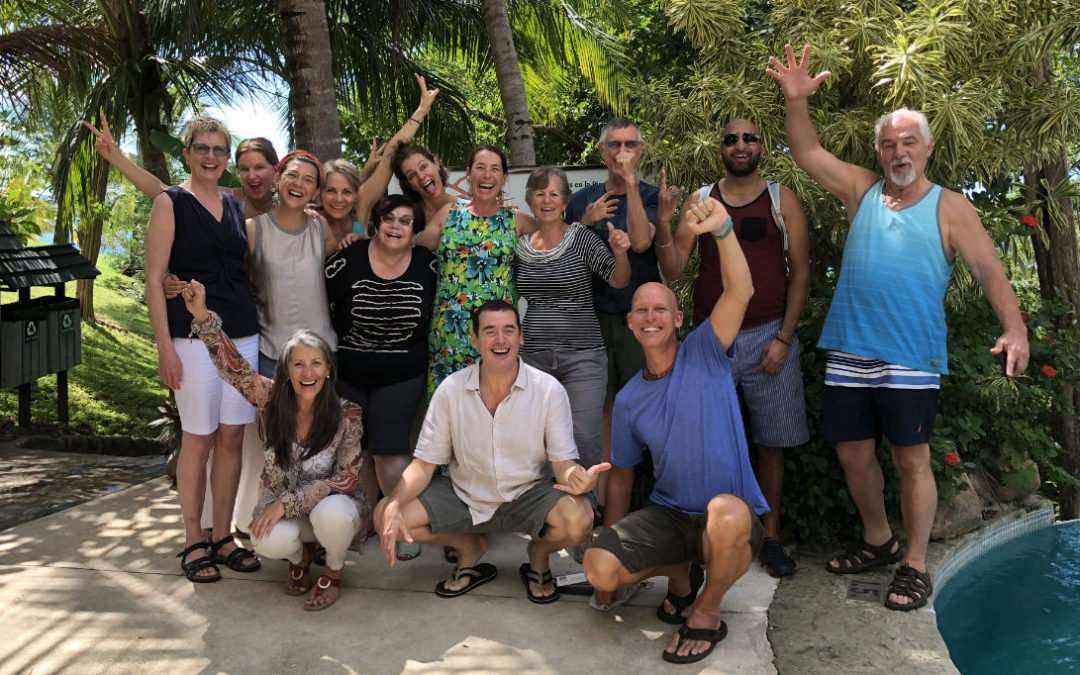 Magic usually comes alive in Disney movies or in the hands of a famous magician. We often tend to think that magic only happens in our fantasy and in our dreams, but you might think twice about that.

Speaking about dreams, it’s actually my belief that magic starts exactly there – By having a dream! You can’t see it, feel it or touch it yet, but in your mind’s eye, your vision becomes so real and so clear, that this dream becomes your new reality. I therefore tend to think that magic is purely a shift in perception. And if that is true, it opens many doors to new and exciting possibilities. 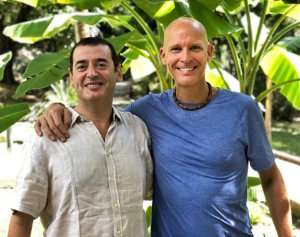 It was on April 10th of this year, when I first met with Josep Soler. Josep is an international lecturer, NLP teacher, healer and neuroscience researcher from Barcelona, Spain. I clearly remember that after talking with him for about half an hour, he told me: “Dirk, you are one of the first persons here in North America who truly understands the essence of my work.” It was indeed beautiful to hear that so much of the work that I do, is directly linked to what Josep has been doing for over the last two decades.

After having participated in two of his workshops in Kelowna, it was clear to me that we could create even more magic when combining our experience and passion. Before we knew, we were dreaming up this beautiful and transformational retreat in Costa Rica. I saw us literally all sitting together in a large gazebo by the Pacific Ocean. I could hear the waves crashing on the beach while we were doing the work with the participants. I could feel people’s emotions change and watch them step into a new reality and transform. It was beautiful!

Within three weeks, the program was ready and we started sharing and promoting it. By early November, the retreat was full. We had both male and female participants from Canada, Central and South America, ranging in ages between 27 and 75 years. Every single person with their very own unique reason to be there. Here are some of the areas that Josep and I covered during this 5-day retreat:

According to ancient teachings and to modern science, we have seven energy centres in and around our body. Just see them as electromagnetic fields, but they are actually more like biological fields which include very many types of spectral energy. In addition to that, there is a specificity about the energetic functions which cannot be defined electro-magnetically or in any other way. In other words, there are energies that cannot be defined according to the known laws of physics today.

The three lower energy centres are mainly related to our emotions, and the upper three are being used when creating intentions, when we visualize and start dreaming.

When Josep and I started dreaming and setting intentions for the retreat, we activated the upper three energy centres (we taught people how to do that during the retreat).

The information in these three areas becomes then highly orderly (also called: coherent). We then started experiencing strong emotions related to our intentions. We could literally feel, see and smell everything that was happening during that week. We now activated the three lower energy centres in our body. And the cool thing about this is, that our body cannot distinguish the difference between something that we vividly imagine and deeply feel, and something that is actually happening.

This is also one of the main reasons why so many of us can experience suffering for extended periods of time. It’s the same process but now in the opposite direction. 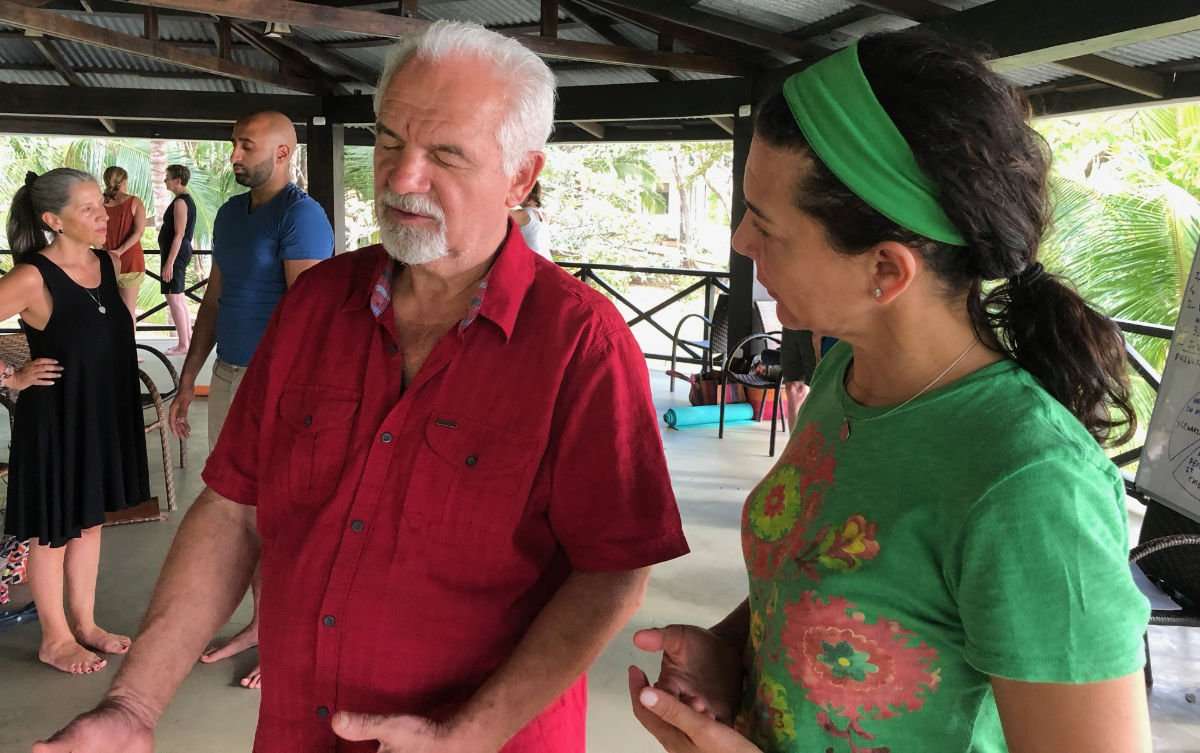 The moment you begin to master this process, something magical starts happening – The energy centre between the three upper and lower centres, which is the area of the heart, becomes very active and coherent, and a strong feeling is being experienced. The human heart emits the strongest electromagnetic field in our body. The quality of this feeling is so powerful that it will literally attract actual events that exactly match the feeling you just experienced. The answer to this process can be found by applying the laws of quantum physics.

“An integrative experience that I will forever be grateful for. Five days of lessons by Dirk and Josep all presented against the backdrop of blue skies, churning waves and the Eden-like greenery of Costa Rica. The Sugar Beach Hotel staff are genuinely attentive and caring. The meals are fresh and plated plentifully.
It was enriching to meet other people from distant South American lands at the retreat and to remember that we are all children of God.
Thank you Dirk and Josep.”  Norma Wellwood, Vancouver, B.C. Canada 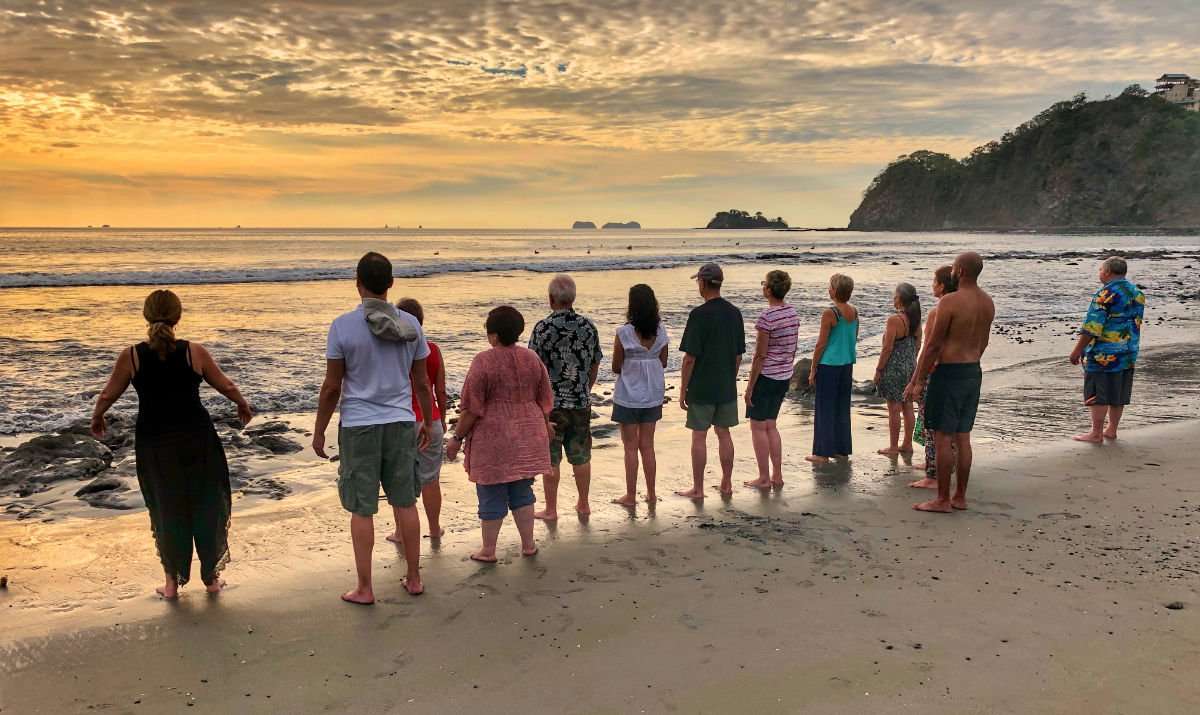 Since I was mentioning magic (purely a shift in perception), how open are you to create magic in your own life? How open are you to let go of old beliefs, and start creating a new reality based on the latest scientific findings?

You know what the hardest part of this new process is? To admit to yourself that things might be different than you have always believed. We have the tendency to defend our own beliefs, even if they are handed to us by our parents or teachers, maybe 40 years ago. Mark Twain used to say it beautifully: “It ain’t what you don’t know that gets you into trouble. It’s what you know for sure, that just ain’t so.”

Josep and I have decided to organize more retreats in 2018. We already started blocking rooms in Costa Rica for December 5 – 10, 2018. But we we also organize shorter versions of this retreat in Canada. Mainly weekend retreats. And you are more than welcome. We would love to have you there. So, stay tuned for further announcements by email and on my events web page: chooseheart.com.

This image shows the ‘cymatics’, or geometric patterns created in heart cells when applying various sounds. In bio-acoustic sound medicine, is taught that sounds are imprinting every cell and science continues to prove this ancient axiom. Research at Stanford University is finding acoustics to create new heart tissue.Cardiologist Sean Wu, MD, PhD and Utkan Demirci, PhD, an acoustic bio-engineer use acoustics to manipulate heart cells into intricate patterns. A simple change in frequency and amplitude puts the cells in motion, guides them to a new position and holds them in place. Acoustics can create a form that resembles natural cardiac tissue. With sound they can create new tissue to replace parts of damaged hearts. Acoustics can be used in reconstructing other organ tissue and blood vessels.Sounds are use to create and harmonize, as well as clean and release. Both principles are used in science using high precision acoustical generators. The same principles can be applied safely by individuals using non-invasive, natural harmonic sounds, such as our voices and acoustic instruments.Here is a link to the Stanford study:stanmed.stanford.edu/.../innovations-helping...youtu.be/yCxjl2or1H4 ... See MoreSee Less

Auroral activity is and will be high. In case you feel more off than normal, take some deep breaths and create heart coherence. It’ll support you big time. If you don’t know how that works, join the Hearts Unify family this Sunday on Zoom:Heartsunify.org ✨ ... See MoreSee Less

Are you ready to challenge your own worldview?It’s important, as what we hold to be true in our minds and hearts, we create more of in our lives. Mindyourworldview.com ... See MoreSee Less

When this happens, it's usually because the owner only shared it with a small group of people, changed who can see it or it's been deleted.
View on Facebook
· Share