True Transformation happens when you Feel the Truth 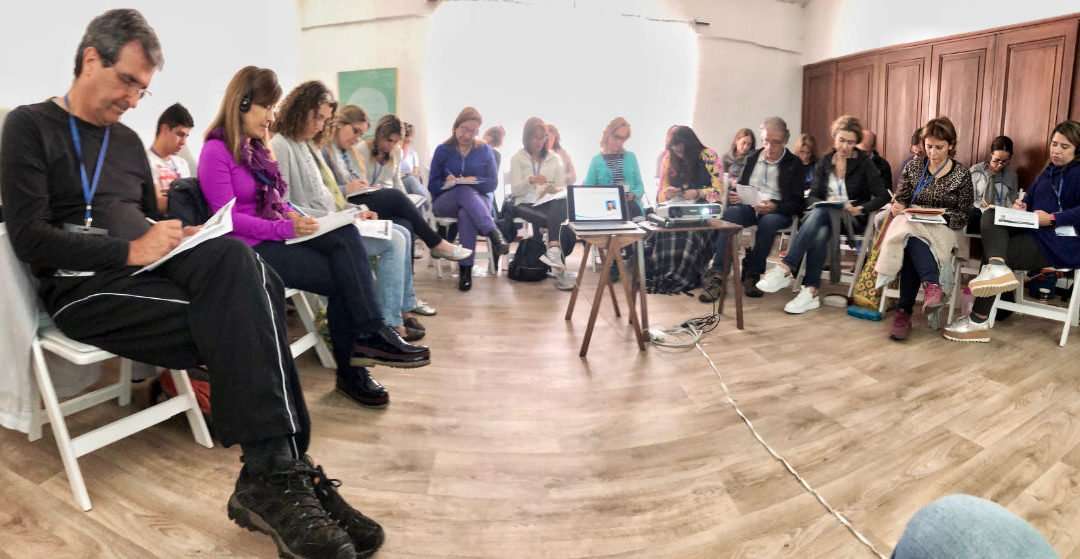 I see the shoulders of the woman in the middle of the circle drop. Resistance visibly leaves her body, and tears roll down her face. It’s so beautiful to watch, that it makes me feel humble to even witness this. If you don’t have an idea what is going on here, you might think that a spiritual transformation, or even a miraculous healing has just taken place (that might have happened though). But I clearly knew what was happening here, because I had created this opportunity for her.

During my most recent visit to Bogotá, Colombia, I hosted several retreats. One of the experiences that I offered, was to take the HeartMath® tools & techniques to a deeper level, so that people are able fully implement what they have learned earlier, into their day-to-day lives.

At the end of the morning of the first day, I asked everyone if they could now fully feel and deeply connect with their own body. Everybody responded positively and raised their hands… except for three people… They shared that they wished they could connect with themselves on a deeper level, but they had a really difficult time going there. And that’s when my ego kicked in, because I wanted to have everybody experience this, and I just knew it was possible.

Before I realized, I had asked the group to break up into three sub-groups and form three circles. The three people who indicated they couldn’t get in touch with their feelings, were each sitting in the middle of a circle. I then asked all the people in the circle, to become heart-coherent and visualize radiating care and compassion towards the person in the centre of the circle. The person in the centre was asked to just sit there and relax, and not do anything in particular.

After a few minutes, I watched spontaneous, and beautiful changes in the three people happen. This exercise surpassed my expectations by far. It looked so simple, yet it was so impactful. True transformation literally happens when you allow yourself to feel the truth.

The science of connection

But what do these experiments really tell us? Is there something like ’empirical science’ behind connection?

I very much realize that for many people in our society (especially for men), feeling is foreign territory. And with feeling I mean, truly paying attention to what’s really going on in your life and in your body. It’s not just the veterans that I work with who find major challenges in accessing their feelings. The situation in my groups (as described above), already demonstrated that.

Feeling and connection are interrelated. But we live in a world where many have been taught that allowing yourself to feel, and express your feelings, is a definite sign of weakness. The sad thing is that those who taught us that it’s weak to get in touch with our feelings, are usually the ones that have been hurting the most. These are typical patterns that are passed on, from generation to generation. All around the world. 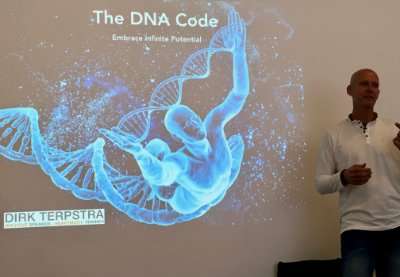 But we don’t need to keep living the programs of the past. We live now, and when we choose to be fully present, we can create an opportunity for ourselves to make changes. And now the cool science that supports all this.

The electromagnetic field around the earth that protects us from harmful space radiation, connects us all. What?? Yes!! The electromagnetic field, generated by our own heart, is automatically connected with the ‘large field’. This means that we as ‘individuals’, are all deeply connected through that same field. Even though this is nothing new for me, just by writing about it gives me goosebumps, because it so profound. Why? Because we live in a society which structure is fully based on separation. So we are merely living a lie!

But the three people in the centre of the circles weren’t living a lie. They couldn’t escape the reality anymore, because those around them had created a highly coherent electromagnetic field for them, and the law of physics applied to them of course. When we create coherence (more order) in the signal generated by our hearts, we begin to create more coherence in the ‘large field’. And through this highly orderly field, we can connect and feel the truth of life.

Personally, I consider acknowledging and embracing these laws of physics, the highest form of intelligence. History shows us that an incoherent society leads to hurting others, creating more separation, using violence or forcing shortsighted political influence, and it doesn’t help us to further evolve as a human species.

When we begin to create more coherence in our hearts, we automatically connect, on a deeper level, and the entire world will become more coherent. All fully backed by empirical science! What are you waiting for!

This Sunday, at 11am PT, I will host the free Hearts Unify global Zoom call: your DNA is changing. Learn more, connect with others, and create coherence. Registration: heartsunify.org - an initiative of Coherence Hotspot ... See MoreSee Less

Magic is all around us. There needs to be a presence and willingness from our side, to see the beauty that surrounds us. ... See MoreSee Less

It’s not my education that has brought me where I am now in my life - it’s the creativity and intuition that I have learned to develop. Potential lies in the field, for everyone. 😄👌🏻 ... See MoreSee Less